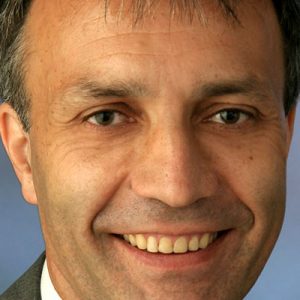 Striving for excellence at individual, team and organisational level

Erik coaches globally and is fluent in English, Swedish and German. A 2.5 year contract as Corporate Treasurer in a large infrastructure project in Saudi Arabia, was the start of more than 20 years of international expat career. Whether the home / work base has been Luxemburg, Belgium, UK, France or Germany the scope of work has focused on international business.

Ready to make a booking?

You can book a discovery session or a coaching hour below.

With an experience from private industry, commercial as well as central banking and European institutions, Erik was ideally suited to be programme manager for the Single Euro Payments Area (2007-2009) integrating more than 7,000 banks in Europe.

Since 2009 Erik has worked as an independent consultant, coach and facilitator with the possibility to focus even more on his passion for promoting excellence which he developed through involvement in Total Quality Management (TQM) in the late 90s. In this role, he is also the most experienced (IPMA) assessor for project excellence having worked with projects from all industries on all continents (except Africa so far) since 2002. Through this experience, his work has concentrated on how to coach and foster excellence at individual, team and organisational level. In this context he has developed a passion for visual coaching with 600+ coaching hours over the last three years ranging from executive coaching to team coaching as well as strategy coaching for organisations.

In parallel to his ordinary work he also regularly hosts seminars, trainings and workshops in the area of personal development. Erik is active in lecturing on leadership at universities, organising workshops for professional associations as well as hosting strategic retreats for not-for profit organisations.

Erik is author of a number of publications about project management, leadership and team work and was co-author of the IPMA standard for Organisational Competence in Managing Projects (OCB1.0 2013) and currently project manager for a complementary standard for project excellence “The Project Excellence Baseline” (PEB) published in 2015.
His assignments enable international contacts and travel, which is also a main hobby together with a lot of sports including particularly marathon running, cross-country skiing and fitness.

“Tell me and I forget, teach me and I may remember, involve me and I learn.”

Recent Posts
We use cookies on our website to give you the most relevant experience by remembering your preferences and repeat visits. By clicking “Accept All”, you consent to the use of ALL the cookies. However, you may visit "Cookie Settings" to provide a controlled consent.
Cookie SettingsAccept All
Manage consent

This website uses cookies to improve your experience while you navigate through the website. Out of these, the cookies that are categorized as necessary are stored on your browser as they are essential for the working of basic functionalities of the website. We also use third-party cookies that help us analyze and understand how you use this website. These cookies will be stored in your browser only with your consent. You also have the option to opt-out of these cookies. But opting out of some of these cookies may affect your browsing experience.
Necessary Always Enabled
Necessary cookies are absolutely essential for the website to function properly. These cookies ensure basic functionalities and security features of the website, anonymously.
Functional
Functional cookies help to perform certain functionalities like sharing the content of the website on social media platforms, collect feedbacks, and other third-party features.
Performance
Performance cookies are used to understand and analyze the key performance indexes of the website which helps in delivering a better user experience for the visitors.
Analytics
Analytical cookies are used to understand how visitors interact with the website. These cookies help provide information on metrics the number of visitors, bounce rate, traffic source, etc.
Advertisement
Advertisement cookies are used to provide visitors with relevant ads and marketing campaigns. These cookies track visitors across websites and collect information to provide customized ads.
Others
Other uncategorized cookies are those that are being analyzed and have not been classified into a category as yet.
SAVE & ACCEPT
Powered by