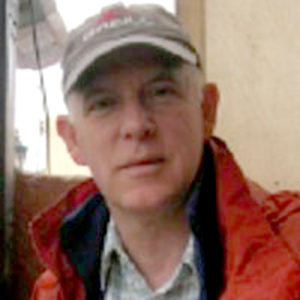 Having qualified first as a microbiologist and then as a psychologist, Carl’s early career spanned research in marine microbiology with Shell Research, corporate strategic planning with Shell International and new ventures development with Shell UK.

Ready to make a booking?

You can book a discovery session or a coaching hour below.

From his foundation of internal consultancy within the Shell Group of Companies, which included being part of the team leading the development of a Shell/Philips joint venture, Carl moved to independent consulting in 1990. Since then he has provided consultancy, coaching and training services to an extensive client list that includes Earls Court and Olympia, Hays PLC, The Royal Brompton NHS Trust, The London Stock Exchange, The British Standards Institute, Kent Aerospace, Transport for London, The Mersey Docks and Harbour Company, Viridian Biotechnology, Capital Radio Group, Pearson Publishing, Kent County Council, the Lloyds Banking Group and Reuters.

Carl’s expertise reflects his well-established business acumen in the areas of Business Strategy, Competitor and Collaborator Analysis, Performance Management, Executive Coaching, and Leadership Development. Recently, he has been running action learning sets on ‘Strategy – from innovation to planning and action’ with The Charities Aid Foundation. He is currently researching into the effect of horse-whispering as a coaching intervention and writing his second book.
In addition to his coaching and leadership development work, Carl holds two non-executive directorships, one with an international manufacturing firm, the other with a Housing Association.

On the ‘lighter’ side, Carl occasionally lectures in psychology and runs personal development weekends. This reflects his long-standing interest in developing the potential of others. He also sails – usually around UK shores, but once across a stormy North Atlantic! Carl lives in Kent with his wife and two daughters.

“Tell me and I forget, teach me and I may remember, involve me and I learn.”

Recent Posts
We use cookies on our website to give you the most relevant experience by remembering your preferences and repeat visits. By clicking “Accept All”, you consent to the use of ALL the cookies. However, you may visit "Cookie Settings" to provide a controlled consent.
Cookie SettingsAccept All
Manage consent

This website uses cookies to improve your experience while you navigate through the website. Out of these, the cookies that are categorized as necessary are stored on your browser as they are essential for the working of basic functionalities of the website. We also use third-party cookies that help us analyze and understand how you use this website. These cookies will be stored in your browser only with your consent. You also have the option to opt-out of these cookies. But opting out of some of these cookies may affect your browsing experience.
Necessary Always Enabled
Necessary cookies are absolutely essential for the website to function properly. These cookies ensure basic functionalities and security features of the website, anonymously.
Functional
Functional cookies help to perform certain functionalities like sharing the content of the website on social media platforms, collect feedbacks, and other third-party features.
Performance
Performance cookies are used to understand and analyze the key performance indexes of the website which helps in delivering a better user experience for the visitors.
Analytics
Analytical cookies are used to understand how visitors interact with the website. These cookies help provide information on metrics the number of visitors, bounce rate, traffic source, etc.
Advertisement
Advertisement cookies are used to provide visitors with relevant ads and marketing campaigns. These cookies track visitors across websites and collect information to provide customized ads.
Others
Other uncategorized cookies are those that are being analyzed and have not been classified into a category as yet.
SAVE & ACCEPT
Powered by